On October 10, 2018, the first prototype Large-Size Telescope (LST-1) of the Cherenkov Telescope Array(CTA) project was officially inaugurated at the northern array site situated at the Observatorio Roque de los Muchachos (Canary Islands). Two months later on December 19, 2018, the prototype telescope delivered its first images. This next-generation telescope serves as the working prototype for planned arrays in the northern and southern hemispheres. Over 100 telescopes will eventually be built for the arrays which together will comprise the CTA Observatory (CTAO). The University of Tokyo, a consortium member and major contributor to the CTA project, worked with The Imaging Source to supply cameras for the telescope’s Active Mirror Control (AMC) system.

The large number of telescopes planned for the arrays will deliver unprecedented sensitivity (10 times that of current systems) and accuracy in the detection and imaging of high-energy gamma rays. Using a design based on current-generation gamma-ray detectors called Imaging Air Cherenkov Telescopes(IACT), the LST-1 has a 23 m reflector covered by 198 hexagonal mirror segments. In order to maintain optimal accuracy, each of the 198 mirrors must maintain a precise angle in relation to the main camera and its 265 photomultiplier tubes which sits 28 m above the reflector.

Project requirements specify that rapid telescope repositioning toward a desired target area be accomplished in under 20 seconds. Additionally, weather conditions and the reflector’s own weight (approx. 50 tons) cause deformations in the dish and the camera support structure which affect the alignment between the 198 mirrors and the telescope’s main camera. These factors make an efficient and reliable system for mirror adjustment (i.e. focus) critical. When the telescope was first designed, several methods were considered including a laser-scan system and gyroscope system. In the end, none of these methods proved feasible due to price and performance concerns.

Scientists from the University of Tokyo were tasked with delivering a viable, cost-effective solution. They turned to machine vision and selected The Imaging Source’s GigE monochrome cameras for the project. The GigE cameras feature global shutter sensors with 1.2 MP resolution. The CMOS cameras’ compact and robust form meant they could be easily positioned in an IP67 case for additional protection from the elements. Once encased, the CMOS cameras were then mounted in a cutaway corner of each mirror (fig. 2 and below right). The reference point of each mirror is defined by the Optical Axis Reference Laser (OARL), whose wavelength is in the near infrared region. The CMOS camera in each mirror measures the position of the OARL’s light spot on the main camera’s target in order to identify the current mirror direction with respect to the optical axis.

Each camera is connected with a board computer via the GigE interface. When the telescope is moved to a new target, the mirrors are adjusted based on look-up tables which store the correct position of each mirror. Because look-up tables are pre-defined, however, they do not take structural changes due to weather and the telescope’s own weight into consideration. On the basis of the OARL position captured by the CMOS camera, a position is calculated and sent back to the actuators on the back of each mirror so that each mirror can be adjusted to the required angle. 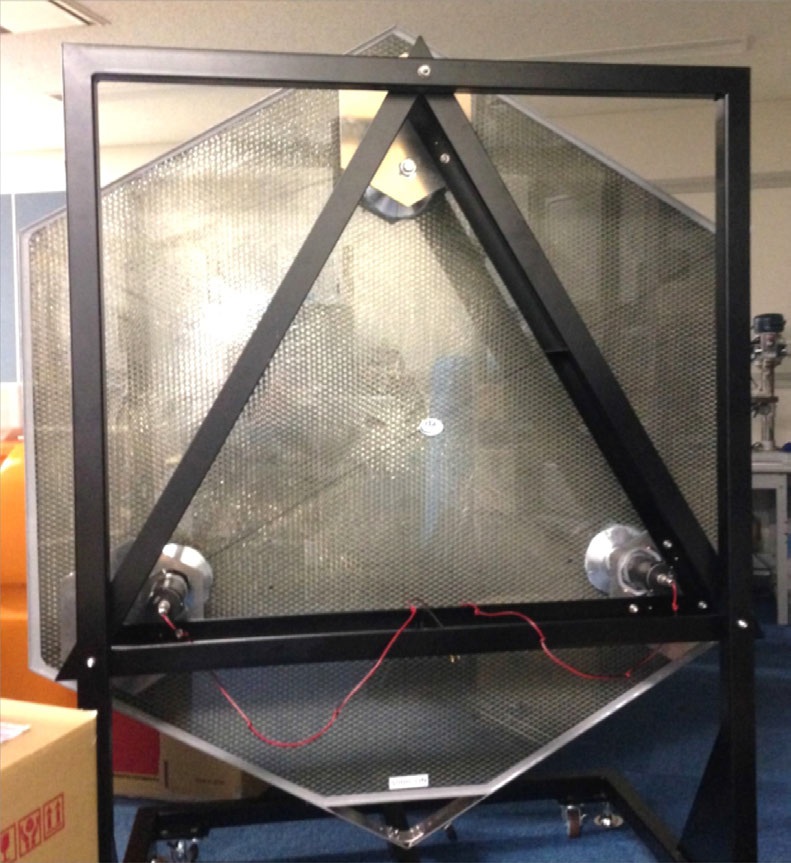 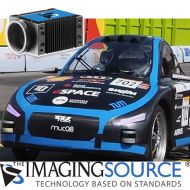 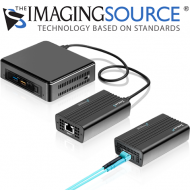